If you came across this post because you have information related to this event, please contact me as soon as possible - your privacy will be respected. A reward may be able to be organised, dependant on the amount of information you can turn over. I'm really looking for any kind of evidence, the whereabouts and the identities of who did this to confirm my suspicions.

I looked out of my window August 13th 2019 to see our back fence lifted up - ran out as fast as I could and found my bike gone.

Absolutely devastated about this, it’s my first bike and I intended on keeping it for many years for the memory. Had my first accident on it, learnt how to maintain and repair bikes and got a taste of freedom - gone (unless it turns up - unlikely) but definitely won’t forget about it.

For the bikers, it was a Honda CBF 125 with front fairings removed to make it naked and the headlight replaced with a WRX one. It wasn’t much but it was a great introduction to the world of biking.

The worst bit is it had a full tank of fuel, new indicators and a new tyre.

As if that wasn't awful enough, I woke up on the morning of September 1st 2019 to my Mum telling me her bike had been stolen too, while she was at work using it. She had been trailed out of my town and in to the countryside and then as soon as she went out of view - they pulled up, broke the locks, kickstarted it and rode it away. Less than a month after mine had been stolen.

Some CCTV pics of it happening:

While helping a friend move on August 31st, I saw a black cruiser with 2 riders without helmets, had a feeling but wasn't 100% sure and was somewhat preoccupied so didn't do anything.

Then the next day on the way back from the shop, we saw the bike again coming towards us on the road and got a better look and had my suspicions confirmed. They have repainted it black (an awful job at that), put new '11 plates on (it wouldn't pass for an '11), no L plates, Hyosung written on the back and only 1/2 of the riders wearing a helmet.

Forwarded this information to the police, it's now approaching a year since this incident happened and I've received absolutely nothing back from the police - despite having several opportunities myself to take it and that's not my job.

You really would think that's where the story ends but on the 2nd of January, we went out to the supermarket for some stuff and took the longer route home - saw it coming towards us and then decided to park at his house (confirmed by someone in the area). Called police and waited around the corner while they did a search in the area, but couldn't find him.

Next day, I went out to meet a friend and go to the gym. Personally - after having the police knock on my door, I probably wouldn't go out and ride on it the next day at the same time - but these aren't your regular breed of stupid.

I heard it approaching behind me, called my friend so he could cut them off and then phoned the police. Friend saw them steal gas (the petrol station refused to turnover CCTV) and then they started doing circles around our village - all while police were out following them.

Sadly, it hasn't been retrieved as of yet - but the police claimed to know exactly who was riding it... Seems like the appropriate place for an NWA reference.

I can't even express how this period of my life felt and the on-going repercussions, to this day I'm still hoping I'll wake up one day to find out it was a dream - or that they're dead in a ditch... At this point mostly the latter. 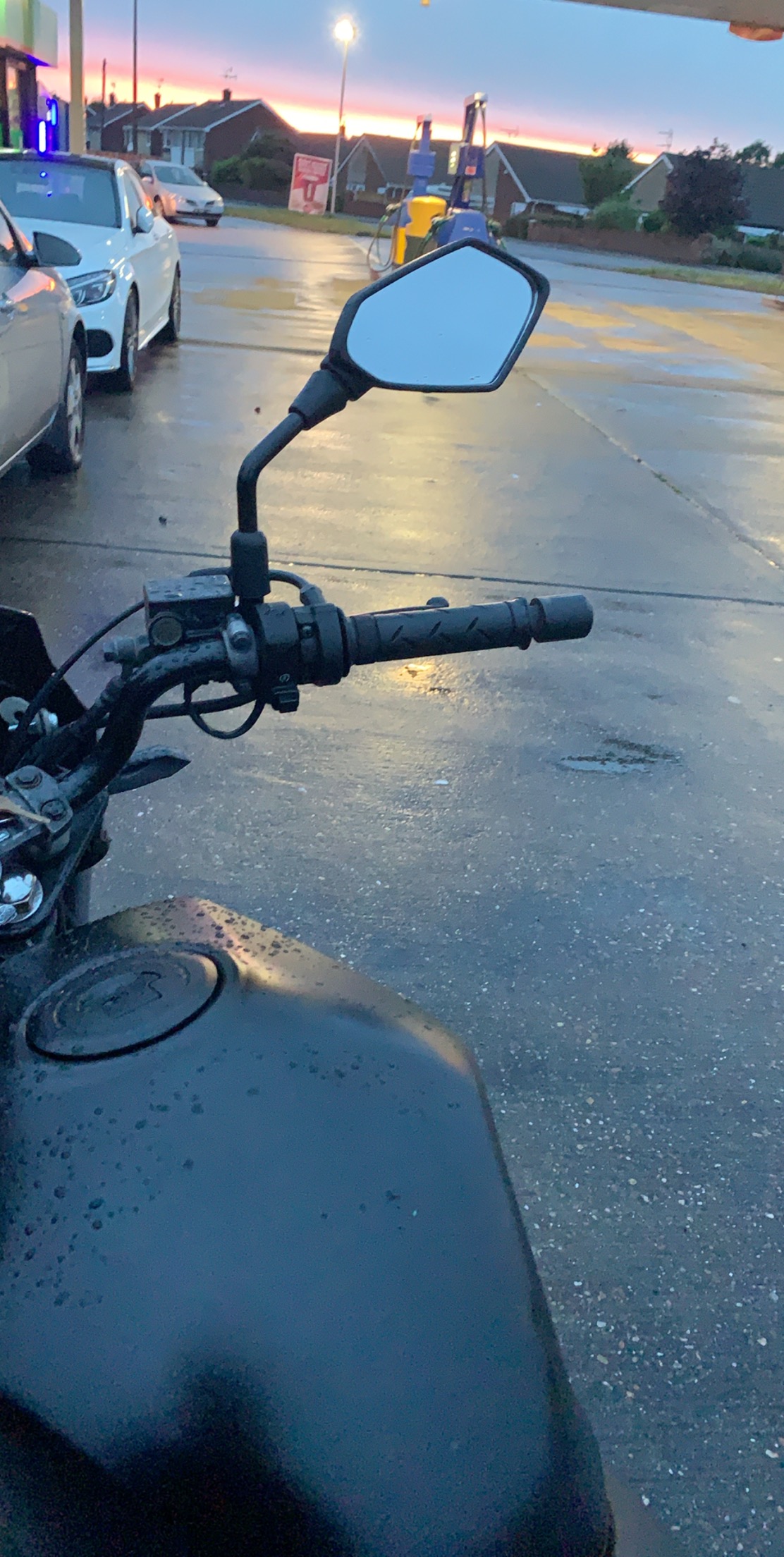